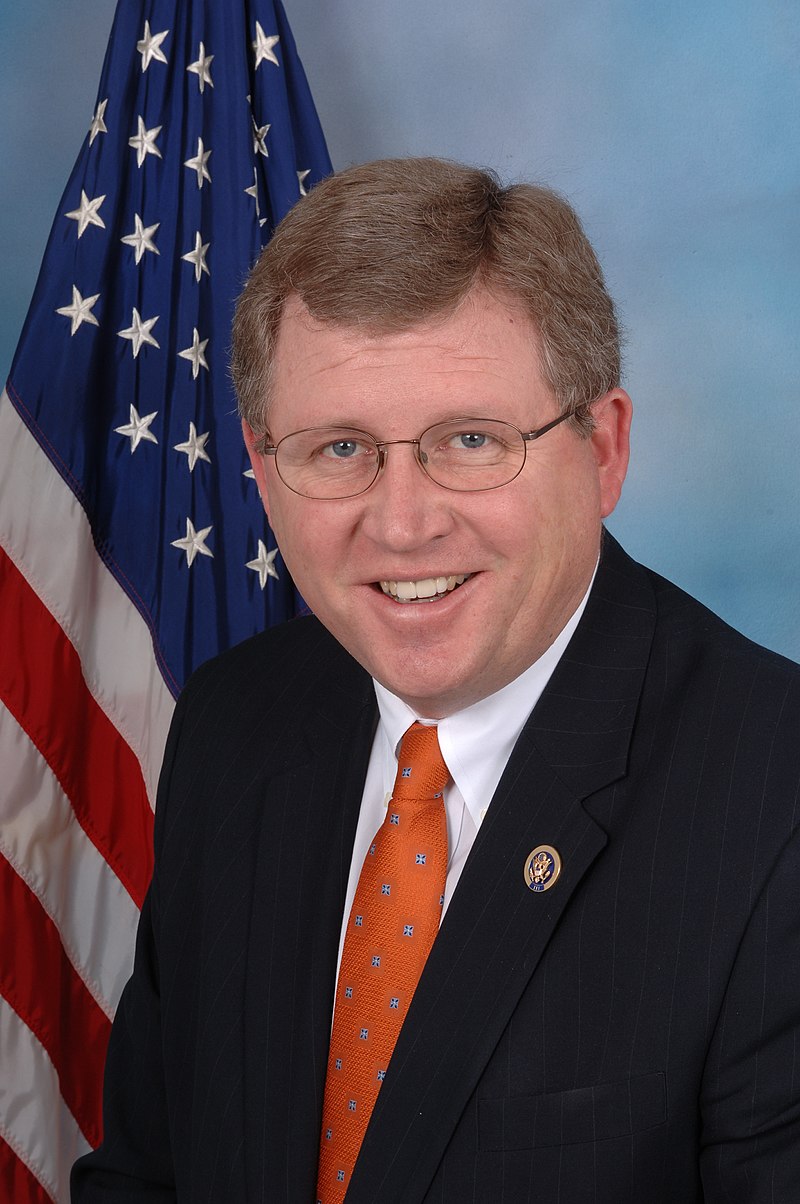 Contact Representative Frank D. Lucas
KFrank Dean Lucas is an American politician serving as the U.S. Representative for Oklahoma's 3rd congressional district, since 2003, having previously represented the 6th district, from 1994 to 2003.

Frank Lucas Is a Product of the Common-Sense Values of Oklahoma. Serving in His Twelfth Term, Frank Has Earned the Reputation as “A Conservative Voice of Reason” in Washington.

As a fifth-generation Oklahoman whose family has farmed in Western Oklahoma for more than 120 years, Frank is proud to continue the work of his father as a wheat farmer and cattle rancher himself. His principles of family and hard work run deep, and he is a tireless advocate for rural America and conservative values.

Through the years, his ability to tackle tough issues and deliver results for our country, state, and local communities have taken him from the Cheyenne to Oklahoma City to Washington, DC. As a lifelong farmer and rancher, Frank has been a central figure in shaping agriculture policy in Congress. In January 2011 he made history as the first Oklahoman to ever be elected as Chairman of the House Committee on Agriculture. Working hard and using Oklahoma’s common-sense approach to good government, Frank led the committee to pass the landmark 2014 Farm Bill that reformed food stamps for the first time in a generation and that repealed or consolidated almost 100 government programs.

This legislation saved the American taxpayers over $40 billion while also maintaining a strong free-market-oriented safety net for farmers and delivering sorely-needed drought relief for ranchers.

Frank believes the best way he can represent Oklahomans is by staying close to his roots in Roger Mills County. When he’s not voting in Washington, he travels home to work on his farm and cattle ranch with his wife. Frank’s greatest joy is being a husband to his wife Lynda as well as being a father and grandfather.

Frank and Lynda call Cheyenne home where they are active members of their community and their church, First Baptist Church in Cheyenne.

The United States Constitution is the bedrock document that protects our freedoms and guarantees us our liberties. Frank has sworn an oath to uphold and defend the Constitution and that includes fighting for our shared conservative values. The Second Amendment reads, “the right of the people to keep and bear Arms, shall not be infringed”, which is why Frank believes protecting the ability of law-abiding citizens to bear arms is a fundamental right. Another document that guides our American values is the Declaration of Independence. It states that individuals are “endowed by their Creator with certain unalienable Rights, that among these are Life, Liberty, and the pursuit of Happiness”. Frank believes every life is worth protecting- including the life of an unborn child. From supporting legislation protecting unborn children to safeguarding our Second Amendment rights, Frank will always stand up for our conservative values.

STANDING UP FOR RURAL AMERICA

Our District’s rural communities are the backbone of Oklahoma’s economy. The more than 28,000 family farms that call the Third District home sold nearly $4.2 billion worth of products into the global marketplace. As a fifth-generation Oklahoman living on the family farm as a cattle rancher and wheat farmer, Frank knows just how important it is to support the communities that clothe and feed billions around the world. Often times Washington forgets about rural America. Frank stands up for rural Oklahoma- providing for Oklahoma’s farmers, pushing for an increase in rural broadband, fighting to save rural hospitals, and encourages more fair and free trade between our trading partners. Agriculture is a way of life in Western Oklahoma and Frank is a strong voice for all of the District’s rural communities.

Our veterans represent the very best of our great nation. While nothing can measure up to the sacrifices made by these brave men and women, America must keep its promise to support and provide for those who served. From health care to education, our veterans, and the families they call home, deserve easy access to the benefits they earned. Oklahoma is home to more than 303,000 veterans, and Frank will make sure Washington never leaves a soldier or veteran behind.

America’s immigration system is broken. While our nation prides itself as being a nation of immigrants, we are also a nation of laws. Frank supports President Trump and believes we must do more to secure the Southern border and provide more resources to our law enforcement and border patrol officials to keep our communities safe. Immigration reform also means modernizing America’s outdated immigration policies- prioritizing high-skilled entrepreneurs and streamlining agricultural worker programs- helping create a legal workforce that will bolster the American economy

Oklahoma’s economy is strongest when taxes are low, businesses are able to thrive, and government gets out of the way. From voting for historic tax reform to cutting unnecessary regulatory red tape, Frank supports lowering taxes, reducing burdensome regulations, and increasing free and fair trade- guaranteeing more Oklahomans take home more money at the end of a long-day’s work. He knows what small business owners and family farmers really want is for the government to get out of the way and let them grow their business. Allowing our small businesses and family farms thrive not only creates jobs but it promises a brighter future for all of Oklahoma’s families.

There is no greater role the federal government has than that of providing for our national defense. After nearly a decade of cuts by the previous administration, Congress must restore the strength of America’s military and provide our troops the tools they need to successfully complete their mission. We live in an increasingly dangerous world where our nation faces enemies that threaten our safety and security; which is why Frank supports a strong and fully capable U.S. military. Oklahoma’s Third District plays a critical role supporting America’s military. From Altus Air Force Base to Vance Air Force Base, Frank will always fight to make sure our District leads the nation in supporting the global superiority of our Air Force.

Washington has a spending problem. Our national debt is now more than $22 trillion and it’s growing each and every day. Families and small businesses across Oklahoma must live within their means, Frank believes Washington should do the same. Reducing the size of government in Washington and cutting wasteful governmental spending, we can lift the fear of leaving behind a crushing debt to our children and grandchildren.