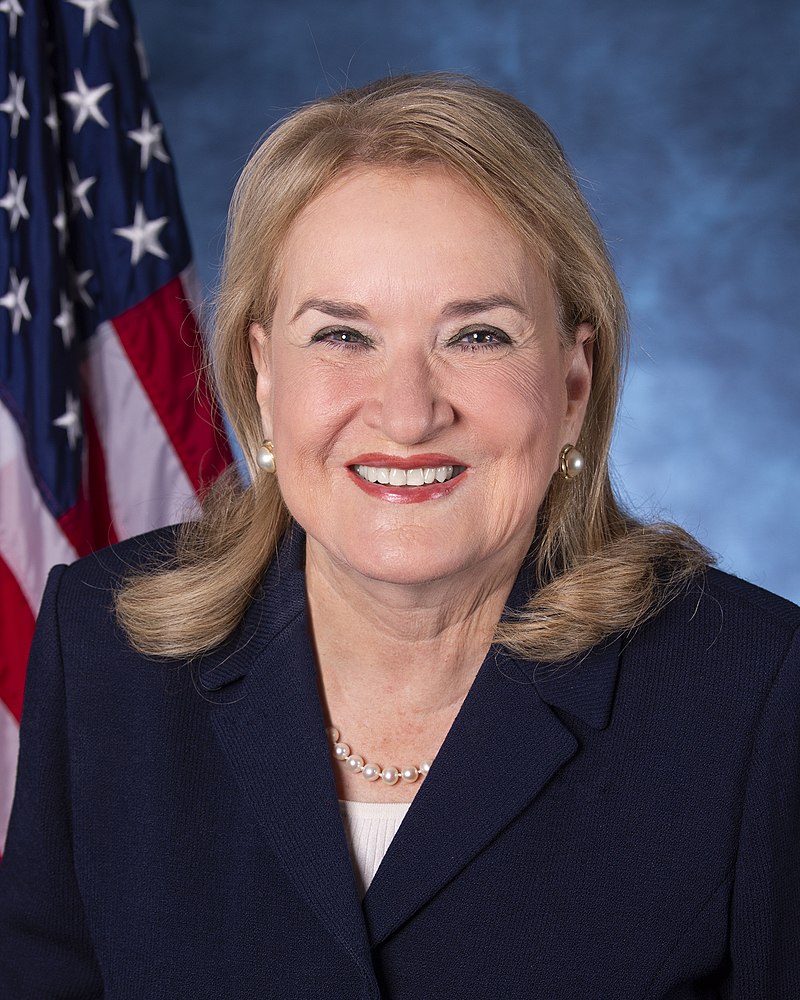 Contact Representative Sylvia R. Garcia
Sylvia Rodriguez Garcia is an American politician who has been serving as the U.S. Representative for Texas's 29th congressional district since 2019. Her district covers much of eastern Houston. A member of the Democratic Party, she previously represented District 6 in the Texas Senate.

Congresswoman Sylvia R. Garcia is a native of Palito Blanco, a South Texas farming community. The eighth of ten children, Congresswoman Garcia saw her parents struggle to raise her and her siblings. Congresswoman Garcia’s parents taught her that with hard work and a good education she could accomplish anything.

Congresswoman Garcia has dedicated her life to her community and to public service. As a social worker and legal aid lawyer early in her professional career, she protected our community’s most vulnerable, old and young, and ensured no one was forgotten.

Congresswoman Garcia continued her public service career by serving as Director and Presiding Judge of the Houston Municipal System for an unprecedented five terms under two mayors. In 1998, she was elected City Controller, the second highest elected official in Houston city government and its chief financial officer. She quickly earned a reputation as the taxpayers’ watchdog, fighting to protect the pocketbooks of working families and ensuring the City was transparent and accountable.

After two terms as Controller, Congresswoman Garcia was elected to the Harris County Commissioner’s Court. The first Hispanic and first woman to be elected in her own right to the office, she continued her advocacy for working families and made certain Harris County took care of its most defenseless, all while making certain Harris County led the way for new jobs and economic development.

Active in the Houston community, Congresswoman Garcia has served on more than 25 community boards and commissions, including the San Jacinto Girl Scouts, the Houston Hispanic Forum, the American Leadership Forum, Battleship Texas and the Museum of Fine Arts - Houston.

Congresswoman Garcia has been named “Humanitarian of the Year” by the National Conference of Communities and Justice and chosen as one of “Houston’s 25 Power People” by Inside Houston magazine. She has been awarded the Hispanic Scouting Distinguished Citizen Award from the Sam Houston Area Boy Scouts of America, the Mexican American Legal Defense & Education Fund Matt Garcia Public Service Award and the Houston GLBT Political Caucus Eleanor Tinsley Award.

Congresswoman Garcia was sworn in to the Texas State Senate on March 11, 2013, representing Senate District 6. She became the seventh woman and the third Hispanic woman to serve in the upper chambers after winning a special runoff election for the seat of the late Senator Mario Gallegos.

Over three terms in the Texas Senate, Congresswoman Garcia has been a fighter for her district and advocated for veterans, immigrant rights, women’s health and access to healthcare. She has passed numerous bills including the Relationship Privacy Act which outlaws revenge pornography, the Truckers Against Trafficking Bill, which requires human trafficking training for commercial drivers, and the School Bus Safety Act, which requires school buses in Texas to have seat-belts.

Sylvia has been an advocate for women since her student days fighting for the Equal Rights Amendment. A strong legislative record supporting abortion access, quality health care for women, educational opportunity for all girls, and promoting women in leadership backs up a lifelong commitment to women and girls.

Fighter for Transparency and Accountability

Taxes and government spending can be complicated. Sylvia Garcia prides herself on helping the general public understand how their tax dollars are spent since she was Houston City Controller. She’s worked across the aisle on stronger oversight and accountability for local taxing entities. And she’s not afraid to get down into the details of complicated budgets to see if her constituents benefit or just a lucky few friends of those in power. She held strong and voted against the last budget passed by the Texas Senate because it did little to help public education or access to healthcare for people. Instead, it put additional pressure on local governments. The Houston Chronicle said of the vote, “Sylvia Garcia voted against raising your property taxes. Every other Texas senator voted to hike ’em.”

The Trump tax plan is an epic failure for the people of CD 29. We need real tax relief for working Americans that makes it easier for people to make ends meet, not a boondoggle for the president’s buddies and the super elite. Ending tax breaks for teachers who buy supplies for children but giving billionaires a tax cut is unconscionable.

Social Security benefits are the bedrock of retirement income paid into by working Americans their entire lives. We must protect and expand benefits so that every senior is able to retire with dignity and keep up with the rising costs of living.

Sylvia is a strong and steady voice for equal rights in the halls of power. Congresswoman Garcia’s record on human and civil rights has been recognized by many organizations over the course of her career. In 2017, she was honored by the Houston GLBT Political Caucus and the Mexican American Legal Defense and Education Fund among others. Her fight on behalf of trans Texans is second to none among Democratic senators, including introducing legislation that would make gender marker changes a predictable and clear civil process versus the current system that is uncertain, expensive and requires a lawyer and court proceedings.

Congresswoman Garcia doesn’t advocate on behalf of new Americans just because it’s politically convenient. She fights for fair immigration policy rooted in deeply held moral beliefs. And it shows. Sylvia was such an effective champion against the extreme right-wing attempt to license detention centers as state childcare facilities that her floor speech on these so-called baby jails made international news. She has fought the discriminatory and racial profiling SB 4 law since the very beginning. Her work on the floor was recognized in uniquely effective way – in the federal court decision that ruled the sanctuary cities law was discriminatory.

Health insurance is essential to a productive, healthy society. I’ve fought my entire career to ensure that Texans who go without insurance have a place to go when they are sick, because when they do not, they frequently end up in emergency rooms. Emergency rooms are where care is the costliest, and where people go when they are the sickest. I’ve worked as a County Commissioner to expand local community clinics and as a State Senator appealing to state leaders to expand Medicaid in our State. Now, I’m ready to take that fight to Washington, and I will work tirelessly at the federal level as I did at the state and local level to ensure all Texans have access to quality healthcare. I will fight for Medicare for All.