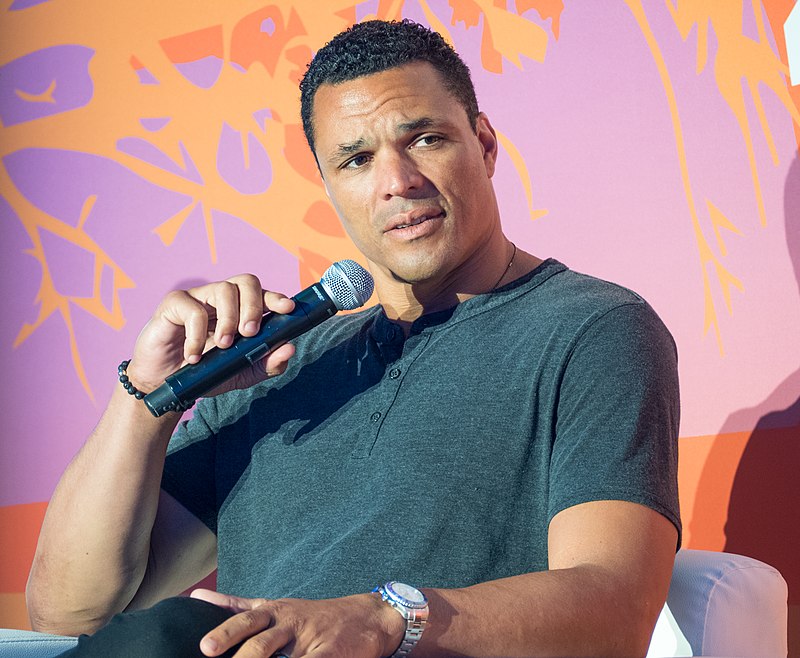 Congressman Tony Gonzales is a dedicated patriot with twenty years of military experience. Abandoned by his father at the age of two months, Tony knew he had to work hard to get ahead in life. At the age of 18, he left high school to join the military and provide a path to success for himself and his family.

As a career cryptologist in the United States Navy, he rose to the highest enlisted rank of Master Chief Petty Officer for his support of combat operations in Iraq and Afghanistan. With multiple deployments to the Middle East and Asia, Tony has firsthand experience about the security challenges that face our country and the international community at large.

Harnessing his military background, Tony also served on Capitol Hill as a Department of Defense Legislative Fellow for U.S. Senator Marco Rubio. In his time there, he contributed to the defense, foreign policy, and intelligence portfolios. In 2018, Tony was selected as a National Security Fellow at the Foundation for Defense of Democracies (FDD).

At home in San Antonio, Tony is an active member of his community and has helped to create educational and economic opportunities in impoverished areas. In his role as Community Representative for the City of San Antonio’s Head Start Policy Council, he oversaw a budget of $32.5 million devoted to early childhood development. He also created the Tony Gonzales Foundation, a non-profit focused on uniting local businesses, schools, and families to promote economic development and upward mobility.

Tony worked hard to get ahead in life. He understands the value that a good education can provide. Although he had to postpone high school when he joined the Navy, he later earned his high school diploma and continued to pursue higher education. He holds a Master’s degree in International Relations from American Public University and is a Ph.D. candidate in International Development at the University of Southern Mississippi. He also holds a graduate certificate in Legislative Studies from Georgetown University, and serves as an Assistant Professor at the University of Maryland system, where he teaches political science with an emphasis on counterterrorism.

Congressman Gonzales is married to his wife Angel and they have six wonderful children.

Tony is a Christian and a father of six children. He is 100% pro-life and opposes efforts to use federal tax dollars to fund abortion. Tony has also written legislation to improve the foster care system to prevent any child from falling through the cracks.

Tony is a strong supporter of Americans’ Second Amendment right to keep and bear arms.

Tony is a staunch defender of Americans’ property rights and opposes efforts to stifle free speech.

He believes the primary role of schools is to teach students how to think – as opposed to what to think. Tony is a strong advocate for parents as well when it comes to education. Parents have every right to know what is being taught in their child’s classroom.

Tony is working tirelessly to improve school security. Our schools should be a safe haven for kids, a place where dreams are born and young minds are inspired. No student, parent, or teacher should have to worry about school safety. That’s why Tony helped pass hundreds of millions of dollars in new funding for securing schools.

The mental health crisis is ruining lives, yet the state of Texas ranks last in access to mental healthcare. But not for long. Tony Gonzales helped pass one of the largest investments in mental health in our nation’s history. He also introduced the UNITED Act to further resolve this crisis. This legislation would improve services like suicide prevention, addiction recovery, crisis care, and telehealth. Additionally, the legislation would provide resources to train community leaders, like educators and law enforcement, to identify early signs of mental health issues so people in need can get the necessary help as soon as possible.

VETERANS AND THE MILITARY

As a veteran himself, Tony Gonzales understands the sacrifices our men and women in uniform, along with their families, make to defend America. Prior to his time in Congress, Tony served as a legislative fellow on Capitol Hill where he was instrumental in crafting the VA Accountability Act which made it easier to fire bureaucrats who fail our veterans.

In the Navy, Tony served on missions around the world. Now in Congress, his mission is to make sure veterans get every single benefit and resource they’ve earned. He supported the PACT Act, which delivers help to soldiers exposed to burn pits and other toxic substances.

He is fighting to bring more VA healthcare centers to South and West Texas and has brought home federal funds to build homes for veterans in TX-23. He also wrote legislation to provide veterans with better mental health support.

Tony has voted to give active duty servicemembers a pay raise and is a steadfast defender of Texas military installations.

As the representative of the largest border district in the country, Tony is taking charge to deal with the fallout of the Biden border crisis.

Tony has authored legislation to:

Furthermore, Tony is leading the effort to crackdown on the flow of lethal drugs, like fentanyl, coming into our country. He has authored bills to label Mexican drug cartels as terrorist organizations and implement tougher penalties on fentanyl distributors.

Tony is also a firm believer that the American Dream does not always start in America. Millions of people have come to the United States legally in pursuit of a better life. For that reason, Tony is working to fix our broken legal immigration system and reform our work visa program.

OPPORTUNITY FOR ALL TEXANS

Tony knows what it’s like to struggle to make ends meet and he believes all Texans should have a chance to live their American Dream.

Right now, inflation is crushing hard working Texans. Tony is fighting hard to stop the reckless spending that has caused prices to skyrocket and lower taxes on middle class families.

He’s working with members of both parties to bring back jobs from overseas and ensure America is the 21st century leader in energy supply, advanced manufacturing, agriculture production, cybersecurity, as well as medical, scientific, and technological innovation.

Tony is working to defend Texas energy jobs, stand up for Texas farmers and ranchers, champion small businesses and support education policies that give our children the best opportunities to succeed in life.