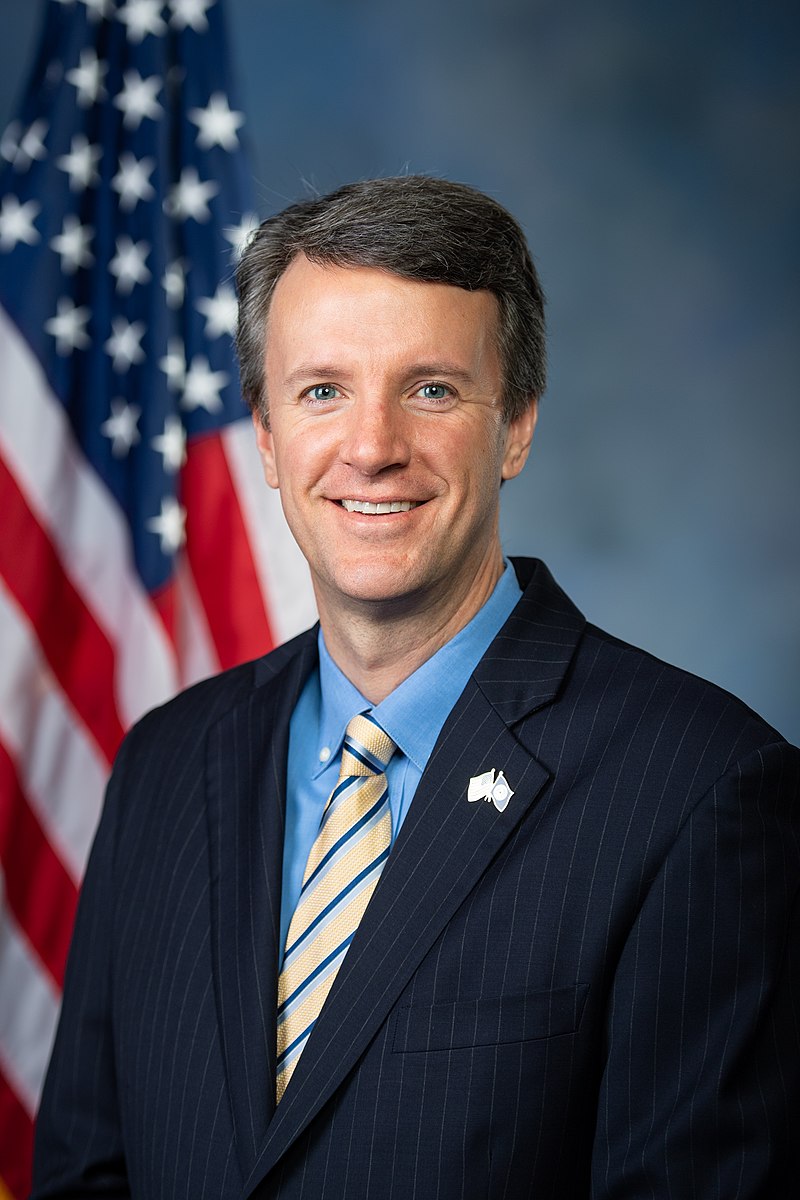 Contact Representative Ben Cline
Benjamin Lee Cline is an American politician that has served as the U.S. Representative for Virginia's 6th congressional district since 2019. A member of the Republican Party, he represented the 24th District in the Virginia House of Delegates for 16 sessions, from 2002 to 2018.

Ben Cline’s values were shaped growing up here in the Shenandoah Valley. He graduated from Lexington High School in 1990, received his B.A. degree from Bates College, and earned his law degree from the University of Richmond. Introduced by mutual friends while Ben was in law school, Ben and his wife Elizabeth live in Botetourt County where they are raising their two daughters.

Prior to his election to Congress, Ben worked as an attorney, first by serving as an Assistant Commonwealth’s Attorney in Harrisonburg and Rockingham County, and then by launching a private practice with offices in Lexington, Amherst, and Harrisonburg. Ben also served for several years in the Virginia House of Delegates, where, as Chairman of the Conservative Caucus, he fought to protect our rights and liberties against attacks by the Democrats in Richmond.

In 2018, Ben was elected to represent the people of the Sixth District in the U.S. House of Representatives. Since taking office, Ben has made a name for himself by taking on the status quo in Washington – never failing to champion common sense, conservative legislation that challenged the establishments of both the Republican and Democratic parties. He hit the ground running and was the first GOP member of his freshman class to get a bill signed into law by President Trump.

Ben is at the forefront of defending our liberties and conservative values from the radical left. Since being asked to serve on the Committees on Budget and Appropriations, Ben has taken the fight to Nancy Pelosi’s massive tax hikes, the Squad’s Green New Deal scheme, and Joe Biden’s bloated bureaucracy. Alongside his colleagues in the Freedom Caucus, Ben is at the center of the battle against bloated and unaccountable government. Ben has a reputation of holding those in power accountable – even in his own party – and fighting to clean up bureaucratic waste and the political cronyism that grips our system.

Now serving in his second legislative session in the House, ratings from congressional observers and scorecard groups have shown that Ben has kept his campaign promises and continued his record of fiscal responsibility and adherence to our Constitutional principles.

Agriculture is the most important industry in the Sixth District, and it is critical that federal legislation supports our farmers. I will work diligently to ensure that the 2023 Farm Bill will secure the competitiveness of American agriculture, provide financial certainty to farmers and our agriculture community, strengthen research in the ag sector, and expand rural broadband. I am proud that the work I have done on behalf of farmers has earned me the “Friend of Farm Bureau” award from American Farm Bureau Federation.

Every day, American’s make tough decisions to balance their budgets and so should Congress. I will hold Washington accountable by putting an end to wasteful spending and returning as many tax dollars as possible back to the citizens – after all, it’s your money, not the government’s money!

When it comes to the government, I have always believed that sunshine is the best disinfectant. I have a long record of passing legislation to increase transparency in government. Thanks to my efforts, the Virginia state budget was published online for the first time and citizens were given ample time to review how their tax dollars would be spent before legislators were allowed to cast their vote.

The Second Amendment guarantees our intrinsic right to self-defense. I will never allow the Left to undermine this right and to attempt to disarm American citizens. I promise to fight every day to defend the Second Amendment so that we can protect ourselves and our families.

We must defend the freedoms that make America the shining city on a hill. Peace through strength deters future threats from ever challenging our safety. I support measures to modernize our military in order to prepare for the battlefields of the future and prevent America from fighting forever wars. I have also worked to honor the men and women who have served our nation by passing legislation to make their transition back into civilian life easier. I will always stand by the heroes who have worn our Nation’s uniform.

American democracy is the benchmark for the rest of the world. To ensure we continue to have free and fair elections, Americans deserve to know our electoral process is secure and transparent from start to finish. I support voter ID requirements which will ensure only legal votes are cast, as well as safeguards to ensure your ballot is protected throughout the counting process. In our elections, it should be easy to vote, but impossible to cheat.

From the moment of conception, all life has great value. We have a duty to protect the weakest among us – the unborn. Over the past 50 years, more than 60 million lives have been lost to abortion. I have always been a champion of pro-life legislation that protects our God-given right to life, and I’ll never stop fighting for the unborn.

Nothing could be more important for the future of our nation than providing a world class education for every child. I will work to ensure we put children first, not bureaucrats and teachers’ unions. I also believe it is essential that we empower parents to have a leading role in directing their children’s education.

DEFEND THE RULE OF LAW

I firmly support law enforcement officers who put their lives on the line to keep us safe. As a former prosecutor, I’ve seen firsthand the immense good these men and women provide for our families and communities. By opposing the foolish and reckless proposals to defund the police, we can ensure there will always be law enforcement who are ready and willing to run towards the sounds of danger.