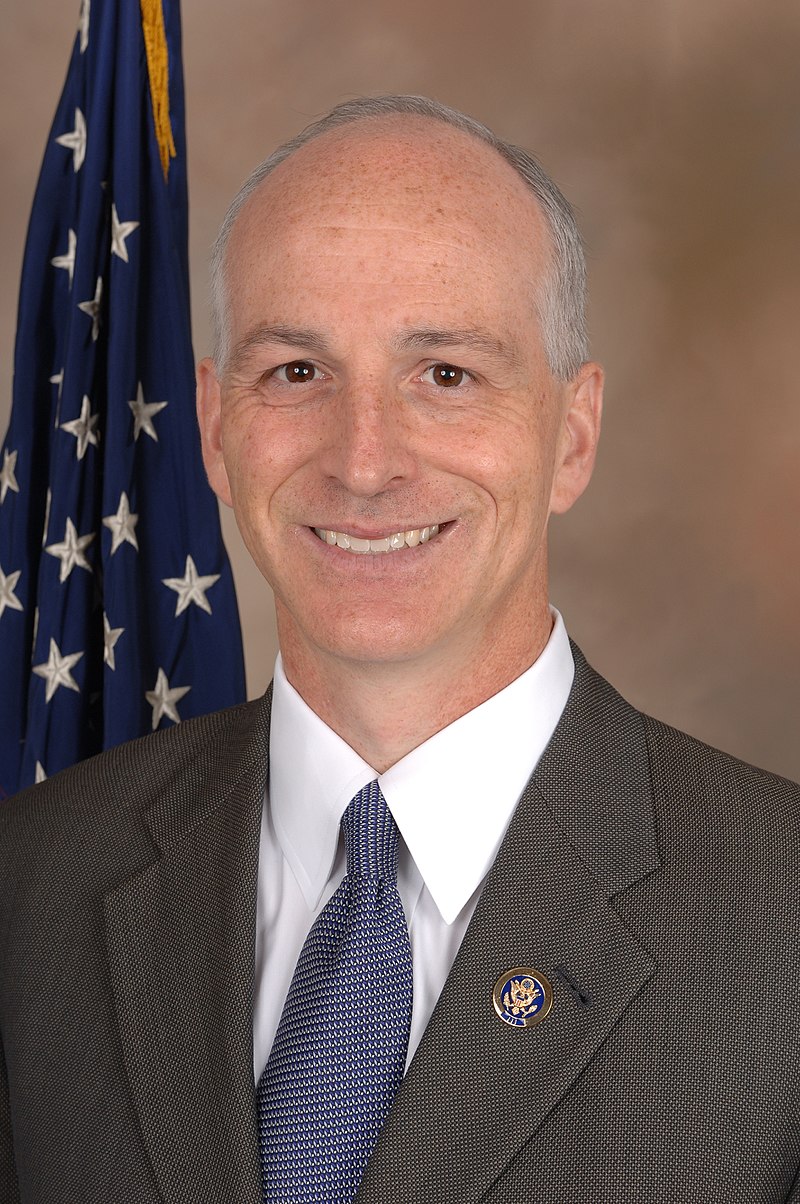 Adam Smith was born on June 15, 1965, in Washington, D.C. Adam was raised in SeaTac, Washington where his father, Ben, worked as a ramp serviceman at SeaTac Airport and was active in the local Machinists’ Union. His mother, Leila, stayed at home, raising Adam and his two brothers. Adam attended Bow Lake Elementary, Chinook Middle School, and Tyee High School, graduating from Tyee in 1983.

After a year at Western Washington University, Adam transferred to Fordham University, where he worked his way through college loading trucks for United Parcel Service and graduated in 1987 with a degree in Political Science. Following his graduation, Adam attended the University Of Washington School Of Law, and earned his law degree in 1990. He later worked in both private and public practice, first as a lawyer at Cromwell, Mendoza and Belur in 1992, and then as a prosecutor for the City of Seattle from 1993-1995. As a prosecutor, Adam focused on drunk driving and domestic violence cases, and in 1996, went on to work as a judge pro tempore.

The middle and working-class families no longer have access to the same opportunities that they did just decades ago, and these inequities in our economy have been exacerbated by the economic recession as a result of the COVID-19 pandemic. A central driver of this “squeezing out” effect is income inequality, which is now as high as it’s been since the 1930s. Adam’s top priority is to encourage broad-based economic opportunity by ensuring all Americans have access to a high-quality education and job-training opportunities, building a stronger transportation infrastructure, reforming our tax code, and supporting social programs that provide a bridge for struggling families to get back to work. These efforts are necessary to restore the American Dream with a pathway to a middle class life for American families.

Adam also understands the importance of passing comprehensive immigration reform. He has been a strong voice in Congress advocating for the House of Representatives to pass legislation that creates a pathway to citizenship. For too long our immigration system has been broken and it continues to rip families apart. Adam has also been leader in developing new legislation to reform deportation and detention policies.

Adam serves as Chairman of the House Armed Services Committee, where he is a strong advocate for our military personnel and their families. Adam is also committed to providing our military personnel with the best equipment available to carry out their current and future missions while ensuring that the Pentagon spends taxpayer dollars in the most efficient and effective manner. This includes carefully examining our current policies and working to eliminate fraud, waste and abuse.

Having served on the House Armed Services Committee since he started in Congress, Adam formerly chaired the Subcommittee on Air and Land Forces (ALF), which had jurisdiction over all Army and nearly all Air Force acquisition programs. Prior to serving as Chair of ALF, Adam chaired the Terrorism, Unconventional Threats and Capabilities subcommittee, which oversaw the United States Special Operations Forces and counter-terrorism policy, among other critical areas. Adam has also previously served on the House Foreign Affairs Committee and the House Permanent Select Committee on Intelligence.

Given his current and previous committee assignments and extensive travel, Adam has unique insights into today’s foremost national security issues throughout the Middle East, including the war in Afghanistan, as well as Northern Africa and our larger efforts to stop the spread of violent extremist groups and their ideology around the globe. Understanding the need for a holistic approach to national security, Adam recognizes the importance of poverty reduction, access to education, sustainable global markets, diplomatic engagement, good governance and other measures to enable our pursuit of stable international partners. As such, he has been a long-time advocate of strengthening American diplomacy and development as well as defense.

Adam sees a clear need to reform our foreign assistance and improve these two pillars of national security that have been under-resourced and underutilized for too long. He has supported efforts to reform American foreign assistance, introduced legislation to address global poverty, and created the bipartisan Congressional Caucus for Effective Foreign Assistance (CCEFA) with former Congressman Ander Crenshaw. In the 116th Congress, Congressman Smith now co-chairs the Caucus with Congressman Ted Yoho (R-FL). The Caucus has been expanded to the Senate under the leadership of Senators Johnny Isakson (R-GA) and Chris Coons (D- DE).

In 1993, Adam married Sara Bickle-Eldridge, a graduate of the University of Washington and Seattle University School of Law. Their daughter, Kendall Charlotte, was born in July 2000, followed by their son, Jack Evers, in June 2003. The Smiths live in Bellevue, with Kendall attending the University of Washington and Jack attending Washington State University. Both Adam and Sara are involved in their community and their children’s schools, with their highlights being Adam’s stint as a recreational soccer coach and Sara’s two terms as PTA President.

Veterans As the Chairman of the House Armed Services Committee (HASC), I have consistently worked to ensure that our veterans receive the benefits and treatment they deserve for their years of faithful service. These benefits are critical for veterans, retirees, and their dependents, as well as those who are considering a career in the military.

I firmly believe that investment in our nation’s infrastructure is critical. It provides jobs for thousands, ensures the efficient movement of goods that keeps our economy growing, and ensures the safety of countless lives. That’s why for the past four sessions of Congress I’ve introduced legislation creating a grant program for transportation infrastructure projects.

As the Chairman of the House Armed Services Committee, I am committed to ensuring that our military personnel, veterans, and their families receive the support of our government in return for their years of faithful service. Working to ensure our military families are well cared for will remain my top priority.

Several years after our country was thrust into the worst economic crisis in generation, the outlook in Washington State and many areas throughout the United States is gradually improving. Congress responded to the crisis with multiple initiatives to prevent a much deeper economic disaster, but we are not out of the woods yet. There is still much work to do to create good jobs, lower the employment rate, and create the conditions that encourage Washington State businesses to grow.

The United States must take a global approach to world leadership, particularly on issues such as global poverty. I support a comprehensive national security approach, fully integrating and resourcing our diplomatic, development, and defense capabilities.

As our nation emerges from a unique and serious economic crisis, a necessary step in stabilizing our economy is shoring up our housing markets. This means keeping qualified homeowners in their homes and reducing the number of foreclosures and houses vacant in the market.

Historically, our health care system has cost too much, didn’t cover enough people, and incentivized inefficiencies. Reforms must expand access, reduce the overall amount of money we spend on health care, and promote quality of care over quantity. In order to succeed, real reform continued improvements must be built on these three pillars, without which we will not be able to provide sustainable universal access.

In 2011, the problem of gun violence hit especially close to home for me when my good friend and colleague, then-Congresswoman Gabby Giffords, was shot and nearly killed when meeting with her constituents. Six other people died as a result of that senseless act of violence. This, along with many other tragedies, reinforces the need for our country to enact sensible firearm safety reform.

I am committed to conserving our natural resources for future generations. Protecting our environment is a priority of mine – and I support legislative efforts that work towards that end. The recent changes in our capacity to access domestic resources have changed the energy and economic landscape in the United States. While I understand the many potential short term upsides that these developments present, we must look to long term environmental realities that we face as a nation, and as a world.