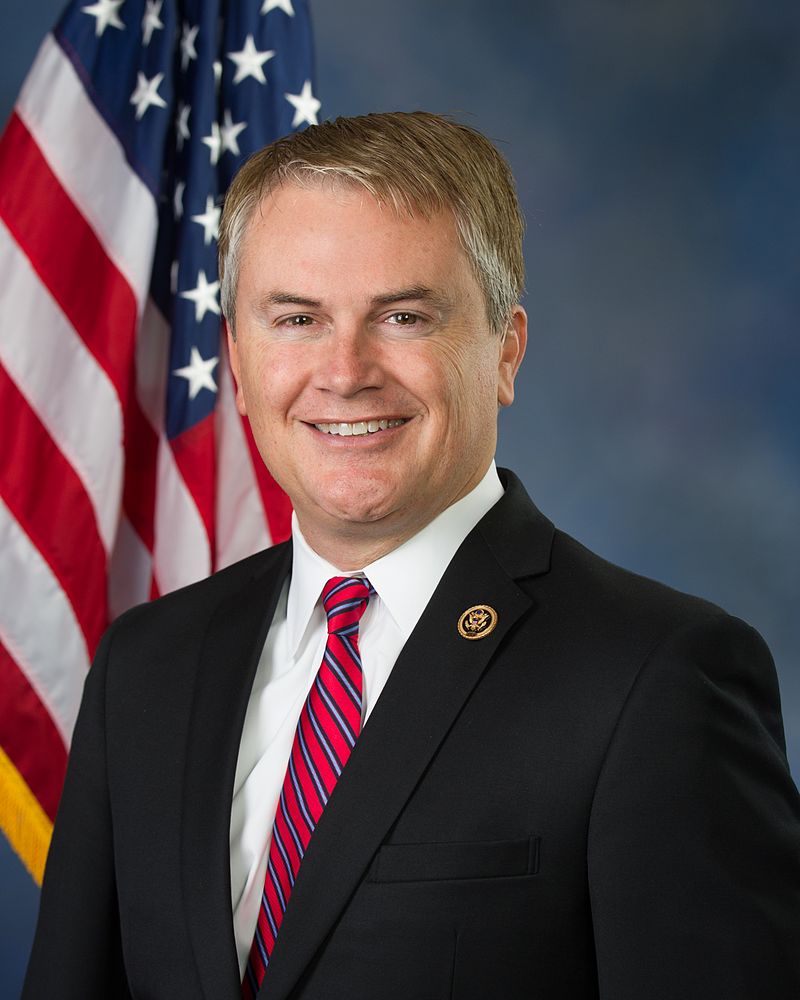 Contact Representative James Comer
James Comer was elected to Congress in 2016 to represent the 1st Congressional District, which covers 35 counties from the Mississippi River to Central Kentucky.

James Comer was elected to Congress in 2016 to represent the 1st Congressional District, which covers 35 counties from the Mississippi River to Central Kentucky. He currently serves as the Republican Leader of the House Committee on Oversight and Reform, where he aggressively advocates for reducing waste, fraud and abuse in government.

Comer grew up in Monroe County and attended Western Kentucky University to study agriculture. Shortly thereafter, Comer entered the business world, taking out a loan and purchasing his farm.

In 2000, Comer was elected to serve the first of six terms in the Kentucky House of Representatives.With a reputation for a solid work ethic and conservative values, he was named National Republican Freshman Legislator of the Year during his first term.

Comer was elected to serve as Kentucky’s Commissioner of Agriculture in 2011, and inherited growing problems at the Kentucky Department of Agriculture. He immediately set out to work in a bipartisan way to clean up scandal, restore confidence, and crack down on waste, fraud, and abuse at the agency. Comer spearheaded initiatives to grow Kentucky’s rural economy and increase opportunities for Kentucky farmers, while also standing up for taxpayers by selling unneeded equipment and returning money to the state treasury.

After his election to Congress in 2016, Comer immediately set out to replicate his record of conservative accomplishment in Washington. This includes serving as a member of the 2018 Farm Bill Conference Committee that negotiated an agreement to pass a farm bill making vital improvements to America’s agricultural economy. He serves as the only formerly-elected Commissioner of Agriculture in Congress and remains active on policy matters facing the farm community.

Comer has also worked tirelessly to advance legislation protecting school meal access for students during the COVID-19 pandemic, as well as on legislation reauthorizing the Older Americans Act and the Stronger Child Abuse Prevention and Treatment Act. He has also championed legislation to reduce burdensome regulations and boost government transparency, and is an advocate for balancing the federal budget and reducing wasteful spending.

He is married to TJ Comer and they have three children - Reagan, Harlan and Aniston.

The First District of Kentucky is home to thousands of contributors to the agricultural industry. We must support and modernize programs that have proven effective in helping our nation’s hard-working farmers to operate, compete and succeed. As Congress tackles issues related to the agricultural industry, farm families in the First District should know they have an advocate looking out for their best interests on the House Committee on Agriculture.

All of America’s students deserve a high-quality, meaningful education and American employers must be able to capitalize on a motivated, highly-skilled workforce. Congress must work together to strengthen critical education programs and address the growing skills gap by providing opportunities for students to achieve and workers to succeed.

As healthcare costs continue to skyrocket and choices diminish, it is clear our nation’s healthcare system is failing the American people. We must restore competition in the marketplace, expand access to high-quality care and end the one-size-fits-all approach taken in recent years.

The First District is the proud home of Fort Campbell, which has been repeatedly recognized as one of the best installations in the U.S. Army. We must never take for granted the sacrifice our servicemembers, military retirees, veterans and their families have made for this country. Accordingly, Congress must work to increase defense funding, improve the VA, and ensure that our nation’s heroes continue to receive the benefits they deserve and have earned.

Congress must work towards reining in the amount of regulatory red tape enacted in recent years. Eliminating unnecessary government spending, fraud and abuse will help ensure the government is operating at maximum effectiveness and not unnecessarily interfering in the lives of citizens. As a member of the House Committee on Oversight and Government Reform, Congressman Comer will continue to hold our nation’s public servants and officials to the highest ethical standards and promote greater government transparency and accountability.

Americans’ Second Amendment rights are an important tenet of the Constitution. As such, we must ensure that these rights continue to be protected from infringement by the federal government. Law-abiding gun owners deserve commonsense gun laws that respect the fundamental right to keep and bear arms.

Unleashing economic growth begins with reducing taxes and reining in government regulations that make it more difficult for Americans to start businesses, compete globally and grow jobs here at home. We must continue to build on the success of the historic tax reform legislation and deregulation to help American families, businesses and entrepreneurs achieve their dreams. As a member of the House Committee on Small Business, Congressman Comer is dedicated to advancing policies and enacting reforms to support small businesses in Kentucky and across the nation.

Investment in our nation’s transportation infrastructure - whether that is our water systems, roads, highways, bridges, railroads or the maritime industry - is critical for economic growth and the well-being of our communities. In addition to increased federal investment, we must also update and improve the regulatory process to facilitate these vital projects in a timely and cost-effective manner.