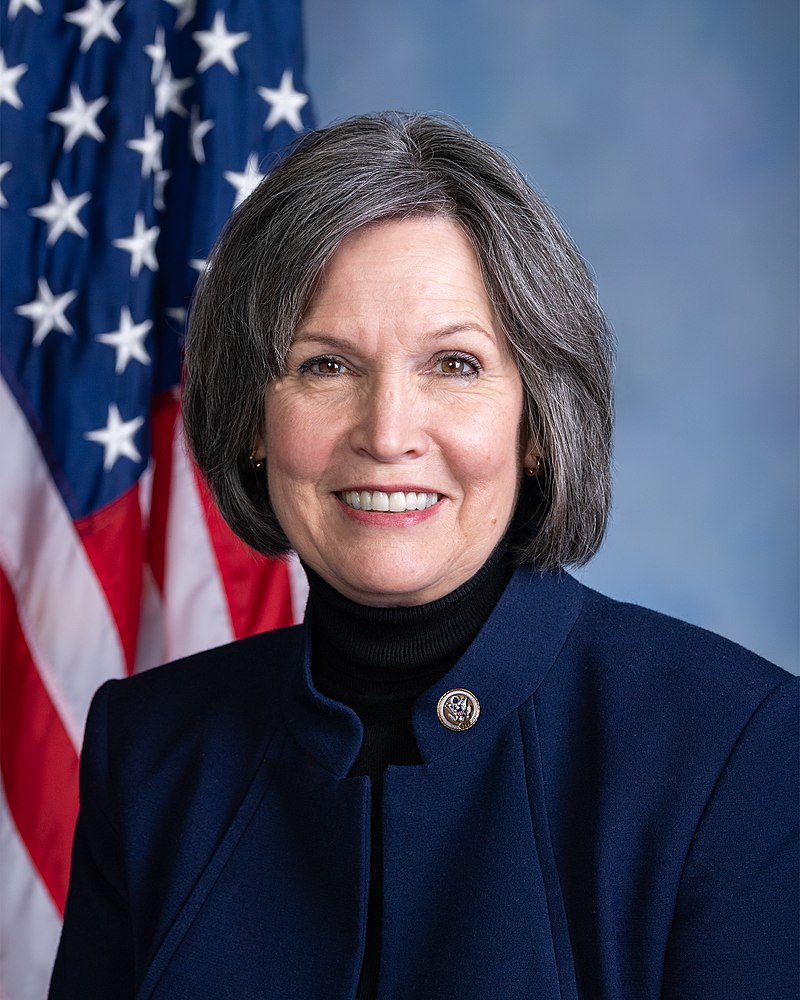 Contact Representative Betty McCollum
Betty McCollum was elected to Congress in 2000, becoming only the second woman to be elected to federal office from Minnesota in 142 years.

Betty McCollum was elected to Congress in 2000, becoming only the second woman to be elected to federal office from Minnesota in 142 years. Over her career representing Minnesota’s Fourth Congressional District, McCollum has been a champion for the environment, universal health care, quality education and economic opportunity. Now, McCollum is a senior member of the House Appropriations Committee where she serves as chair of the Defense subcommittee and Vice-Chair of the Interior-Environment subcommittee.

McCollum has been a progressive leader for protecting the environment, combating climate change, fighting for the women’s reproductive rights, workers’ rights, and civil rights for all communities facing discrimination and inequality. A former educator, McCollum believes in investing in lifelong learning from early childhood education to quality K-12 schools, to affordable post-secondary higher education, including free community college.

McCollum is currently serving as chair of the Defense Appropriations Subcommittee where she is responsible for funding more than $700 billion for our Armed Forces. McCollum is committed to supporting our service members and their families by working for an inclusive volunteer force that welcomes diversity and respects men and women in uniform from all racial, ethnic, religious, gender, and sex orientation backgrounds. Chair McCollum strongly believes in zero tolerance for sexual misconduct or extremist behavior in the ranks. McCollum supports a balanced and well-funded national security posture that prioritizes diplomacy, development, and a defense department that has the ability to keep the peace and achieve superiority in the event of conflict.

At home in St. Paul and the East Metro, McCollum has prioritized investments in rebuilding critical infrastructure and, most recently, protecting vulnerable populations during the COVID-19 pandemic by delivering $73 billion in federal assistance to Minnesota, including over $500 million directly to the City of St. Paul, Ramsey County, and St. Paul Public Schools that has saved lives, jobs and prevented families from falling into poverty.

McCollum has also been an outspoken champion for protecting the Boundary Waters Canoe Area Wilderness from copper-ore mining, and protecting the Mississippi River as a source of drinking water and vital habitat. She has legislation moving through the 117th Congress to protect both the BWCA and the Mississippi River. McCollum has leveraged her powerful position on the House Appropriations Committee to protect federal funding for the arts and humanities from being eliminated by the Trump administration, investing in our National Parks and public lands, and increasing funding for Indian Country by putting hundreds of millions of dollars in additional investments in Indian health and education.

For years, Rep. Betty McCollum has been the leading voice in Congress working to advance human rights around the world, including the rights of Palestinians living under Israeli occupation. In 2017, McCollum made history when she introduced Promoting Human Rights by Ending Military Detention of Palestinian Children Act, a bill to restrict U.S. foreign aid to Israel. Since then, McCollum has repeatedly introduced legislation to prohibit the use of American taxpayer dollars to support the military detention, interrogation, abuse, or ill treatment of children in violation of international humanitarian law.

Betty McCollum is the mother of two adult children and a proud grandmother of two grandsons. She lives in St. Paul, Minnesota.

My top priorities include using my position on the House Appropriations Committee to ensure that federal funding and policies benefit the families, businesses, non-profits, higher-education institutions, and units of government here in the East Metro. Protecting Social Security, Medicare, and Medicaid for seniors and people with disabilities is always a priority as long as Republicans continue to threaten earned benefit programs. Finally, access to affordable, quality healthcare for all Minnesotans will require Congress to put a check on Republican’s constant efforts to sabotage ObamaCare and basic healthcare protections.

The most important role the federal government can play in K-12 public education is to provide full funding to school districts for special education - the Individuals with Disability Act (IDEA). The failure to fully fund IDEA shifts the funding burden to local school districts, and local taxpayers, which then diverts limited resources away from classroom instruction and a high-quality education. Every high school graduate must be prepared and equipped with the fundamental skills and educational foundation to succeed in pursuing a post-secondary educations - apprentice, vocational, or technical school, community college, or a four year college degree.

Current regulations make it easier for polluters to poison our air, water, and public lands. policies, created and supported by the Trump Administration, is endangering the health of tens of millions of Americans. The Republican’s complete abandonment of U.S. leadership over previous administrations in combating climate change must be reversed by Democrats and every American who believes in science. I am a proud co-sponsor of the Green New Deal and I will work to ban copper-sulfide mining in the Rainy River watershed to ensure the Boundary Waters Canoe Area Wilderness is protected forever.

Despite dozens of mass shootings, Republicans continue to protect guns rather than the American people. The lack of legislative action to appropriately regulate firearms is an issue that demands immediate attention in the new Congress. I support banning assault weapons, requiring background checks for all gun purchases, banning the sale of high capacity magazines, and a prohibition on the federal transfer of military weapons to police departments. It is time for citizens concerned about gun safety and responsible gun owners to stand together to demand action that will keep our families and communities safe from senseless and lethal gun violence.

Republicans are actively and intentionally sabotaging our health care system, and pharmaceutical companies are gouging consumers to extract huge profits, ensuring the right to access quality health care must be established as a fundamental right for all Americans.

Strengthening the Affordable Care Act, expanding federal Medicare and Medicaid programs, protecting women’s reproductive rights, and working to build a system of universal health coverage are some of the steps Congress must take to ensure that the American people have the assurance and stability they deserve when it comes to receiving health care.

Today, health care continues to be treated as a commodity driven by profit, but it should not be restricted or rationed according to one’s ability to pay, and it most certainly cannot be a system based on survival of the fittest. The leading cause of bankruptcy in America is medical debt. Skyrocketing prescription drug costs, legal threats to the ACA, and rising premiums are only making this problem worse.

As a cosponsor of Medicare for All (H.R. 1976) and a strong supporter of single payer universal healthcare, I have always fought to protect Medicare and Social Security from being privatized. The ongoing CMS “direct contracting” pilot program has the appearance of a privatization scheme and should be terminated. My focus is and will always be to expand healthcare access, protect the patient, and save taxpayers money.

Receiving life-saving medical treatment should not drive a person into poverty. I am a proud co-sponsor of Medicare For All and I strongly believe healthcare as a fundamental right should be enshrined into the U.S. Constitution.

Congress must pass comprehensive immigration reform that includes a path to citizenship. I support the DREAM Act for DACA recipients and I want to see all individuals eligible for Temporary Protected Status to have TPS extended. I am outraged at the previous administration’s reduction in refugee resettlement to the U.S. and policies like incarcerating asylum seekers and separating children from parents is something I completely reject. It should be federal policy for the U.S. to resettle no less than 75,000 refugees per year.

Betty has a long history of fighting for social justice, environmental justice, and against civil rights/human rights abuses. She supports Justice Department funding to investigate and take action against states and local jurisdictions where there is evidence of violations of civil rights and/or voting rights. Regarding police funding, Betty supports a prohibition on the federal transfer of military items to police departments.

Taxes and the Economy

The 2017 Trump-Republican tax cuts did not receive one Democratic vote. Republicans passed this tax cut that will add at least $1.5 trillion to the national debt while giving millionaires and billionaires the overwhelming benefit. These unnecessary tax cuts have stimulated income inequality while adding $164 billion to the 2018 federal budget deficit. Their impact on job growth is limited since we are already in a full employment economy, with the unemployment rate in Minnesota below 3%. Now, with the uncertainty resulting from the trade war with China and the imposition of tariffs, it is clear that agriculture, manufacturing, and other economic sectors in Minnesota are at great risk of severe harm from Trump’s economic policies.

I strongly support federal funding for transit and transportation infrastructure. For twelve years I worked to secure nearly $500 million in federal funds to successfully complete the Green Line. Now, with local, state, and federal support we must advance the Gold Line to Woodbury and the Riverview Corridor from downtown St. Paul to MSP International Airport.