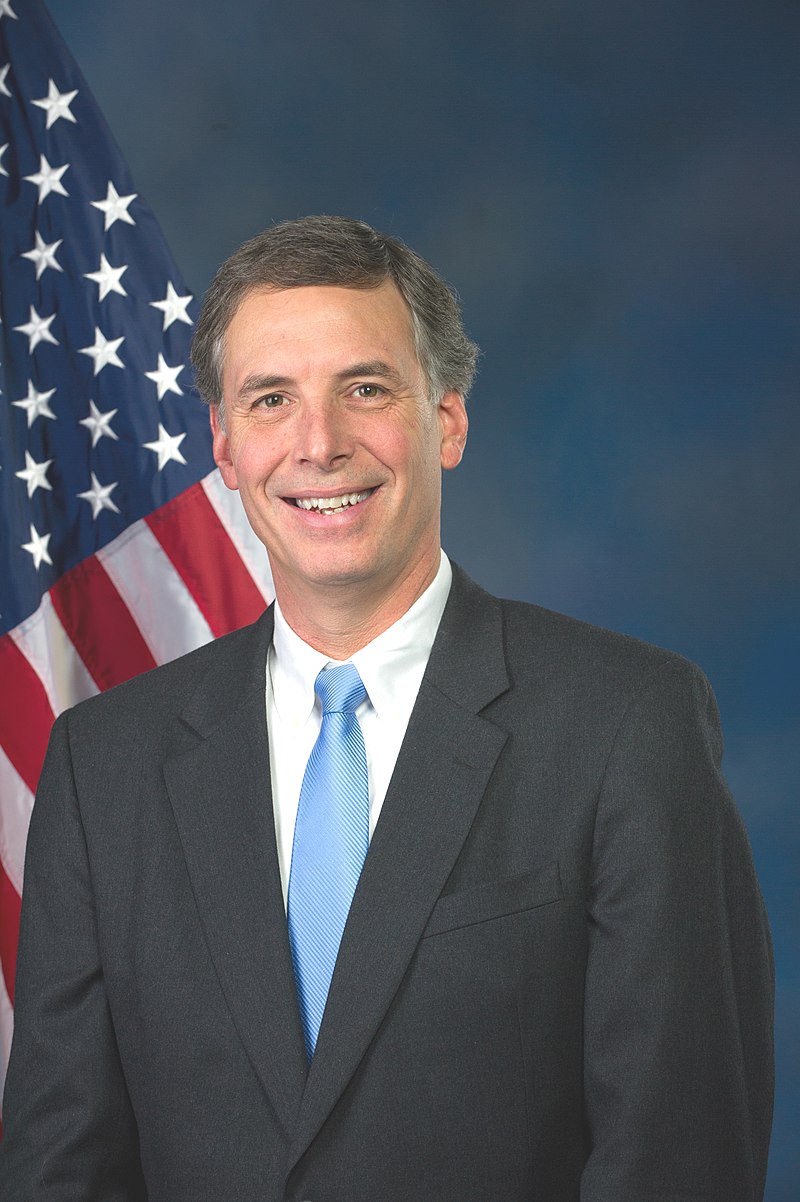 Contact Representative Tom Rice
Hugh Thompson Rice Jr. is the U.S. Representative for South Carolina's 7th congressional district. Elected to the 113th Congress in November 2012, he is a conservative Republican. He was a member of the freshman class chosen to sit at the House Republican leadership table.

A resident of Horry County, South Carolina since the age of 4, Tom Rice has a deep-rooted connection to the Grand Strand and Pee Dee areas. Tom entered Congress with a commitment to make the United States as competitive as possible. From our country’s regulatory policies to tax rates, Tom has spent his time in Congress advocating for common-sense reforms to spur economic development and restore America’s competitive edge in the world.

Tom serves on the Ways and Means Committee where he uses his experience as an accountant and knowledge as a businessman to implement fiscally responsible policy that makes America competitive in the world. He serves on the Trade, Select Revenue Measures, and Social Security Subcommittees.

Before being elected to Congress, Tom earned both his master’s degree in accounting and his juris doctor from the University of South Carolina. After completing his degrees, Tom worked for the accounting and consulting firm, Deloitte & Touche, in Charlotte and earned his CPA certificate. In 1985, Tom returned to his home town of Myrtle Beach to practice tax law with the Van Osdell Law Firm, and in 1997 he established his own practice, the Rice & MacDonald Law Firm, in Myrtle Beach.

Tom has been the recipient of numerous certificates and awards for his professional achievements. In 1994 he was awarded, and continues to hold, an AV (Preeminent) legal rating by Martindale Hubble. From 1994 until 2009, he was certified by the Supreme Court of South Carolina as a specialist in Tax Law, Estate Planning, and Probate Law, and has been included in Best Lawyers in America since 2006.

Tom has been fortunate to serve his community through many charitable and civic organizations including the Myrtle Beach Haven Homeless Shelter (President), Grand Strand Sertoma Club (Secretary, President), Ocean View Foundation (President), Trinity Episcopal Church (Vestry), YMCA, and York Place. He has had the opportunity to sit on several community advisory boards as well, including the Horry County Probate Court Advisory Committee and the Myrtle Beach Board of Zoning Variances (Chairman). He and his wife, Wrenzie, are the proud parents of three grown sons.

The economic downturn that began in 2008 was the worst our country experienced since the Great Depression. Since then, America has been on a sluggish recovery plan that has been slow in lifting our economy and helping Americans. I believe the best way to get our economy to reach its full potential is through limited regulations, tax reform to make our country competitive in the world, and through responsible government spending.

Under President Obama, harmful regulations were enacted and overreaching laws such as the Dodd-Frank Act were passed. These hindered business, cost jobs and wages, and slowed our economy. If we want to keep and create jobs while growing our economy closer to three percent growth instead of the recent average of one to two percent, we need comprehensive tax reform and a rollback on Washington overreach.

Similarly, we need a balanced budget to remain competitive. I have supported a balanced budget amendment since I was elected because it is imperative for the future of our country. The inability for Washington to manage its finances is unacceptable. Hardworking American families live on a budget, and we should expect the same from the federal government.

As a former CPA and tax lawyer who sits on the Ways and Means Committee, I have a unique seat at the table for all tax related issues. I will fight for a more simple tax code that encourages job creation and grows our economy to lift the 7th District and help restore American competitiveness in the world.

Everything I do in Congress is through the lens of restoring American competitiveness and I believe education for our kids and grand kids directly relates to America’s ability to compete in the world. Today’s students are tomorrow’s leaders, entrepreneurs, and innovators. In order for them achieve their dreams, they must be given the tools needed to succeed.

Education and mentoring of students is important for not only their future success but also the future success of our country and economy. Local communities and educators know best, not Washington bureaucrats, and I’ll work with local teachers and administrators to advocate for a high-quality education for all students in the 7th District.

I am an environmentalist. My great grandfather was one of the first conservationists in South Carolina and my family has a long tradition there of working to protect the environment. I grew up hunting and fishing and today am still an avid outdoorsman. Because of this, I understand it’s equally important to protect the environment while also protecting jobs and the economy as well as Second Amendment rights.

American energy independence is important to our district and a major factor in our country’s livelihood. Not only does energy independence create good-paying jobs, it also helps families save money on their bills while strengthening our national security.

The 7th District is rich in coastline as well as farm and wetlands. It’s crucial that we protect these lands for future generations and as your Congressman, I’ll fight to protect our district’s resources while also protecting our economy and local jobs.

We all remember in 2010 when the Affordable Care Act was forced through Congress and we the people were promised choice and flexibility at an affordable cost. Fast forward to today and costs are up, choice in coverage is down and real people and businesses are suffering.

It’s clear our current healthcare system is broken and needs reform. Healthcare should be put back in the hands of Americans, not bureaucrats. Rather than a government takeover of the industry, we must open up the markets and allow for increased competition to bring down prices. We need more choice so people can pick a plan that fits their needs, protections so people aren’t turned away or faced with the risk of losing coverage, and to preserve Medicare for the 50 million seniors and individuals with disabilities who rely on it for healthcare.

Rather than a government takeover of the industry, we must open up the markets and allow for increased competition to bring down prices—this can be done by allowing insurance to be purchased across state lines. We need medical liability reform to reduce the billions of dollars’ worth of unnecessary testing. We should also ensure portability of plans so that individuals may keep their coverage as they move from one job to the next. The establishment of high risk pools will increase access for individuals with pre-existing conditions.

As a member of the Ways and Means Committee, I have a hand in helping shape the future of our healthcare and will fight for reforms that put America’s health care back on a sustainable system with lower costs and more options for South Carolinians.

There has been a dramatic uptick of turmoil, terrorism, and failing states around the world. Abroad and at home, the United States faces a wide array of threats ranging from terrorism to unsecure borders to radical foreign leaders. America must remain a leader during these tumultuous times.

Congress must work to provide our troops the resources needed so they can safely protect and defend us, both at home and abroad. This means giving military members and veterans the care they deserve, and holding the Veterans Administration accountable if they fail to do so. Congress must work to support our traditional allies to help defend and promote freedom around the world. We must also control our borders and prevent those who may seek to harm us from entering our country illegally. Throughout my service in the House of Representatives, I’ll work to support our national defense and keep our homeland secure just as the Founding Fathers highlighted in the Constitution more than 200 years ago.

Our nation’s infrastructure system is the backbone of our country and a critical driver to the success of our economy; therefore, it is critical we make the necessary investments needed to keep this system strong. As Americans and South Carolinians alike continue to take to the open road more and more, we need to match this increase with a similar amount of maintenance and improvements to our highways and bridges.

We have critical, unfinished transportation projects in our district and possibilities to enhance our infrastructure to entice new business and make our district competitive. My number one infrastructure focus for the 7th District is the construction of Interstate 73. I-73 will traverse Marlboro, Dillon, and Marion counties – some of the most impoverished in our state – and end in Horry County. It will make each of these counties and the surrounding areas more attractive to industry and bring thousands of much-needed jobs.

I’ve always been an advocate for necessary infrastructure repairs and investment and will continue to work diligently on I-73 and other infrastructure needs in our district to ensure that they given the attention they deserve by the federal government.