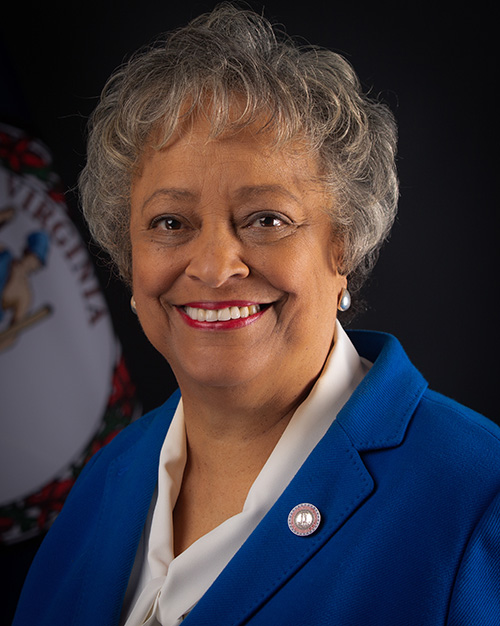 Here you will find contact information for Secretary of the Commonwealth Kay James, including email address, phone number, and mailing address.

contact Secretary of the Commonwealth Kay James
The Honorable Kay Coles James was born in Portsmouth, Virginia, and raised in her early years in Richmond’s housing projects to a single mother in the segregated South.

Kay James for Secretary of the Commonwealth

The Honorable Kay Coles James was born in Portsmouth, Virginia, and raised in her early years in Richmond’s housing projects to a single mother in the segregated South. Secretary James was one of the first children to take part in a historic experiment to desegregate Virginia’s all-white schools and later graduated from Hampton University.

She most recently served as the President of the Heritage Foundation, a prominent think tank in Washington, D.C. Her career in public service began on the school board of Fairfax County, Virginia, and continued to the state board of education. Under presidents Ronald Reagan and George H.W. Bush, she was appointed to the National Commission on Children. She served as associate director of the White House Office of National Drug Control Policy and as assistant secretary for public affairs at the U.S. Department of Health and Human Services in the George H.W. Bush administration. Under President George W. Bush, she served as the director of the Office of Personnel Management. Kay also served as Secretary of Health under George Allen where she developed Virginia’s landmark welfare reform.

Secretary James has also worked at senior levels in education and the nonprofit world, as the chief operating officer of a national organization for mentoring programs and the dean of the Robertson School of Government at Regent University. She is the founder of the Gloucester Institute, which offers leadership training to African-American college students and currently the Co-Chair of Governor-Elect Youngkin’s Transition.